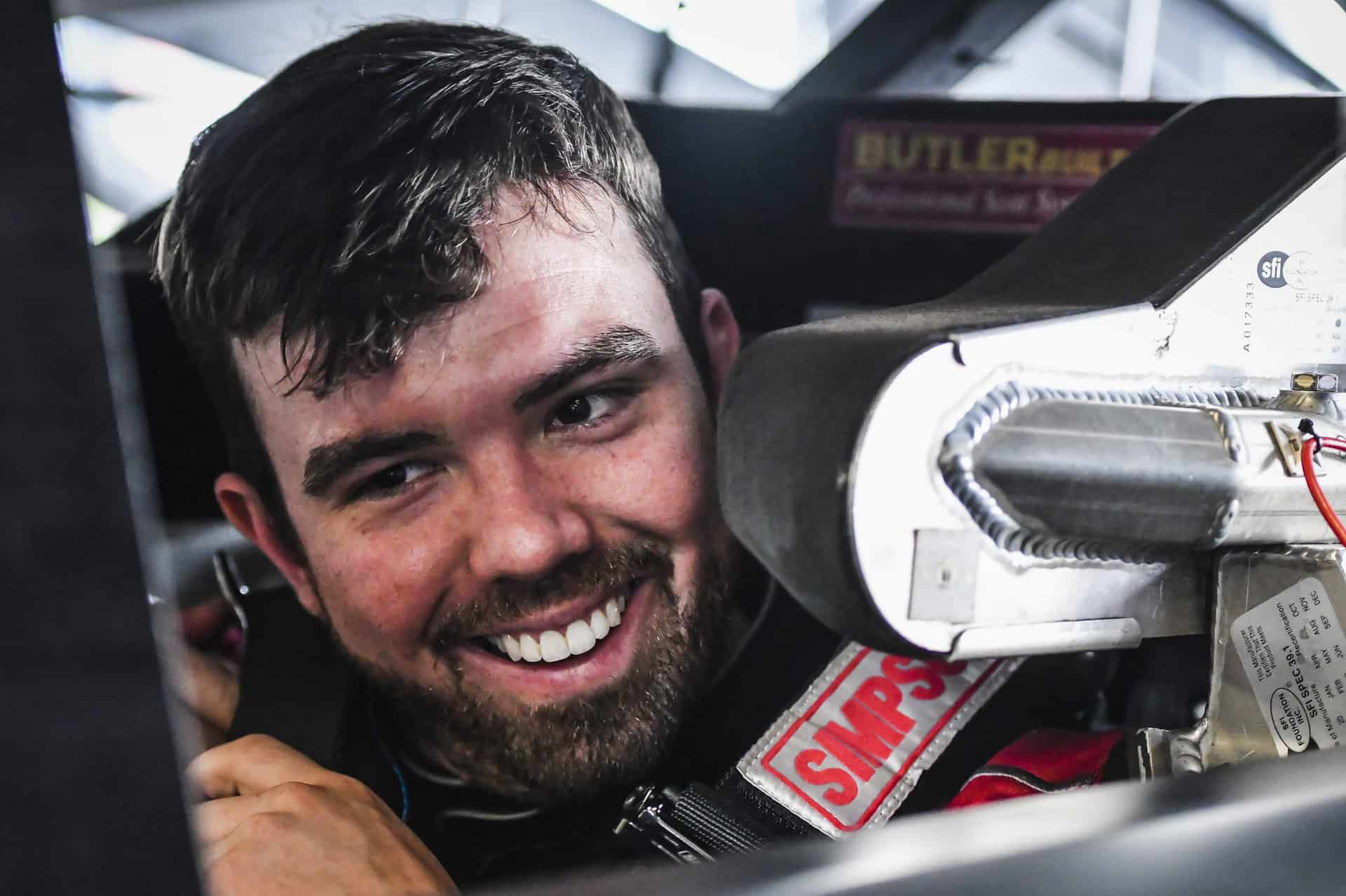 After disappointment in his ARCA Menards Series debut at Daytona just two months earlier, the Bluffton, S.C. native had hoped to redeem himself with a strong run at Talladega (Ala.) Superspeedway.

On that day, Dean found himself in Victory Lane at the 2.66-mile superspeedway in just his second career ARCA Menards Series start in an adrenaline-filled 74 laps.

The Talladega triumph led to many more opportunities for the likable driver which included a two-year span of fulltime ARCA competition in 2017 and 2018 before graduating to the NASCAR Gander RV & Outdoors Truck Series in 2019.

And when the ARCA Menards Series emerges from nearly a three-month hiatus because of the coronavirus pandemic at Talladega on June 20th, Dean will be there and hope to rekindle the magic from four years ago.

Dean will return to Win-Tron Racing for his 53rd career ARCA start under the leadership of veteran Jamie Jones who has worked with the two-time ARCA winner for the last 25 races.

“I can’t wait to get back to Talladega in a couple of weeks,” said Dean. “Talladega will always be a special place for me, but it’s also one of my favorite race tracks. I am excited to get back there with Jamie (Jones), Kevin (Cywinski) and the rest of my Win-Tron Racing guys and hunt for a win.

“We had a good car again at Daytona and were just biding our time, missed the big wreck and then a bunch of cars tried to avoid running into the pace car and we got wrecked under caution. It was a major bummer because I thought we had a car capable of winning.

“Jamie and the guys though have repaired the car and we keep counting down the days to Talladega.”

Dean has four prior starts at Talladega with a win, one top-five and three top-10 finishes. He has not finished worse than 12th and has completed all 319 laps from 2016 to 2019.

And while the other superspeedway track of Daytona has not been as kind to him, he hopes for more of the same luck at Talladega for the fifth consecutive year.

“I always run well at the superspeedway tracks, but Talladega has certainly been kinder to me over the years. I’ve been super blessed to drive fast race cars and have great spotters and teams who have put me in the same position year after year.”

MashOnIt Apparel Co. is a brand for those that live life wide open.  The people that look at something normal and think, “That’s not good enough,” “It can go faster” or “Let’s see what this thing can do.”

That never-ending hunger for speed and adrenaline that allows you to find the thin line between being heroic and insane, giving them a perspective on life that few are lucky enough to find.

“Our No. 32 MashOnIt Apparel Co. Chevrolet looks so sweet,” added Dean. “We debuted the paint scheme at Daytona in February and I’m excited to have them back for another race this season.”

Dean will carry the MashOnIt Apparel Co. onboard camera for the General Tire 200 offering viewers a unique view from inside the cockpit.

The General Tire 200 (76 laps | 202 miles) is the third of 20 races on the 2020 ARCA Menards Series schedule. Practice begins Sat., June 20 with a half-hour session from 10:00 a.m. – 10:30 a.m. The race is set to take the green flag shortly after 1:00 p.m. The event will be televised live on FOX Sports 1 (FS1), while ARCARacing.com will stream live timing and scoring throughout the entire weekend festivities. All times are local (Central).