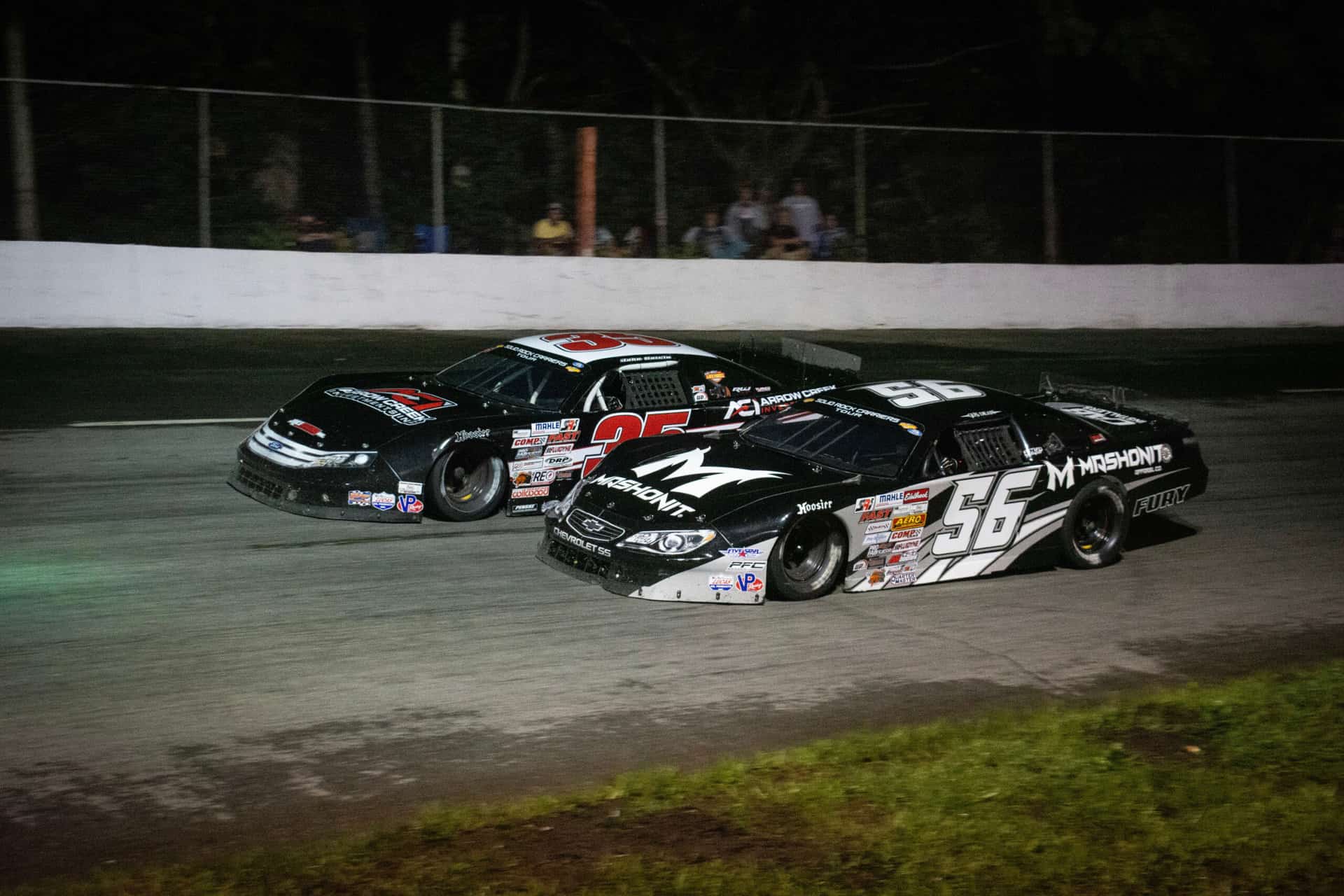 MOORESVILLE, N.C.: Even though Gus Dean had not competed in a CARS Super Late Model (SLM) race in more than a year, the 26-year-old returned in flying fashion this past Saturday night at Franklin County (Va.) Speedway.

In a collaborative effort between Dean Racing and DLP Performance, the two showcased their potential after Dean’s No. 56 MASHONIT Apparel Co. Chevrolet was near the top of the speed charts in both practice sessions.

And while qualifying didn’t go as planned with Dean turning the eighth-quickest lap overall, the Bluffton, S.C. native didn’t stay there long.

Quickly, the two-time ARCA Menards Series winner muscled through the field and found himself battling with the likes of Super Late Model specialist Bubba Pollard and Kyle Busch Motorsports’ Sammy Smith for the win in the AutosByNelson.com 250.

While Mother Nature broke up the action on the track, when racing resumed, the battle for the win became hot and heavy and despite his best efforts, Dean ran out of laps to make a move on race winner Pollard but did score an impressive third-place finish behind Smith.

The result was Dean’s best effort in a Super Late Model on the CARS Solid Rock Carriers Tour since finishing second at Myrtle Beach (S.C.) Speedway four years (2016) ago.

“I can’t thank Petey and the entire DLP Performance team for an extremely fast No. 56 MASHONIT Apparel Co. Chevrolet,” Dean said. “I mean our car was a rocket all day. I think we were just an adjustment or so away from picking up the win – but it was a fun night that ended with a great finish.”

With the success of Franklin County, a track that the South Carolinian had never seen before, he’s excited for what’s ahead in a SLM.

“I’m fairly sure we’re going to race the Super Late Model another race or two this year – we just haven’t set an exact plan yet. I think we showed on Saturday night that we can come to the track unload fast and be contenders.”

Dean who turned 26 on Aug. 19 has 17 CARS Super Late Model Tour starts between 2015 and 2019 with a career-best second at Myrtle Beach (S.C.) Speedway with two top-five and seven top-10 finishes overall.