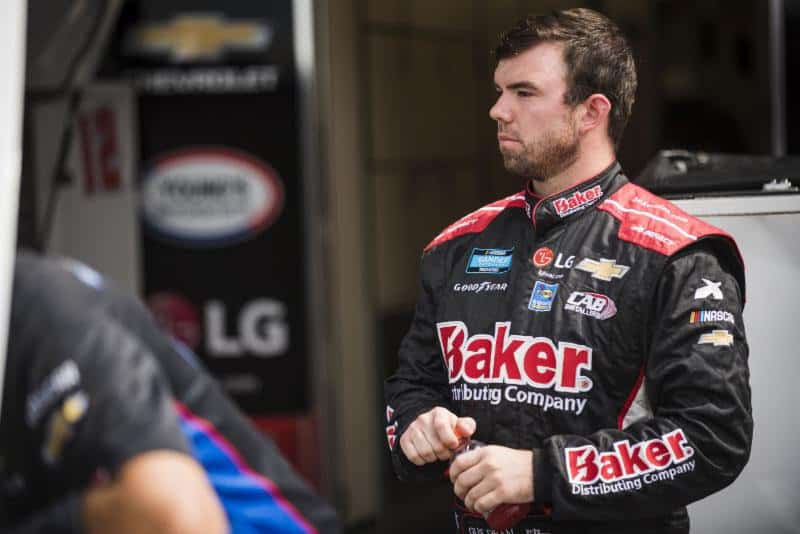 On Monday and Tuesday, Dean will compete in the Bojangles Summer Shootout at Charlotte (N.C.) Motor Speedway competing in the Boston Reid Real Estate Pro division aboard his No. 56 machine.

Wednesday, the Gander Truck Series rookie heads to Eldora Speedway to prepare for his first appearance in the coveted Eldora Dirt Derby aboard the No. 12 Overkill Motorsports Chevrolet Silverado for Young’s Motorsports.

From slingin’ dirt, Dean will fly back to North Carolina for two days of action at the historic Hickory (N.C.) Motor Speedway where he’ll compete in the CARS Tour Super Late Model event on Saturday night, Aug 3 in the Throwback 276 presented by Baker Distributing.

Jacksonville, Fla.-based Baker Distributing is a longtime partner of Dean and will serve as the primary partner of his No. 56 Dean Racing Chevrolet for his first CARS Super Late Model Tour race of the season.

“It’s going to be a busy week, but I can’t wait,” said Dean who has also spent this year competing in a part-time ARCA Menards Series schedule. “I’m gonna have the opportunity to race in a little bit of everything. Monday and Tuesday night’s races are just about going out there and having fun and hoping to get into Victory Lane.

“Eldora and Hickory are about business. We’re coming off some momentum with our Young’s Motorsports truck and I’m looking forward to another race with my new crew chief Ryan Loudon. We had a lot of speed at Pocono, just got too tight in traffic to put ourselves in the top-10.

“As for Eldora, you never know what to expect when it comes to dirt racing. I have some good finishes on the dirt and even a pole on the dirt at Springfield last year. Hopefully, some of that experience will help in my first Eldora Dirt Derby and we can have a great finish.”

Dean will compete in his 16th CARS Super Late Model Tour race this weekend at Hickory.

“I can’t even begin to describe how much Baker Distributing has done for me,” added Dean. “They have been a part of my career for a long time and we’ve enjoyed a lot of success together but when they step up and support an event like they’re doing at Hickory, nothing will be satisfying for our Dean Racing team other than a win.

“It’s going to be a strong field this weekend, but we’re prepared for that. We have a lot of talented guys working on the car and we just need to make sure we execute during the race when it counts the most.”

The Throwback 276 presented by Baker Distributing is set to roar on Saturday night, Aug. 3 shortly after 8:00 p.m.

With over 200 locations in 22 states, each Baker Distributing Sales Center is staffed by the most knowledgeable and customer service-oriented people in our industry. With a complete inventory of HVAC/R products and technical assistance, our Sales Centers can provide you with the products and information you need to make your job and you more efficient.