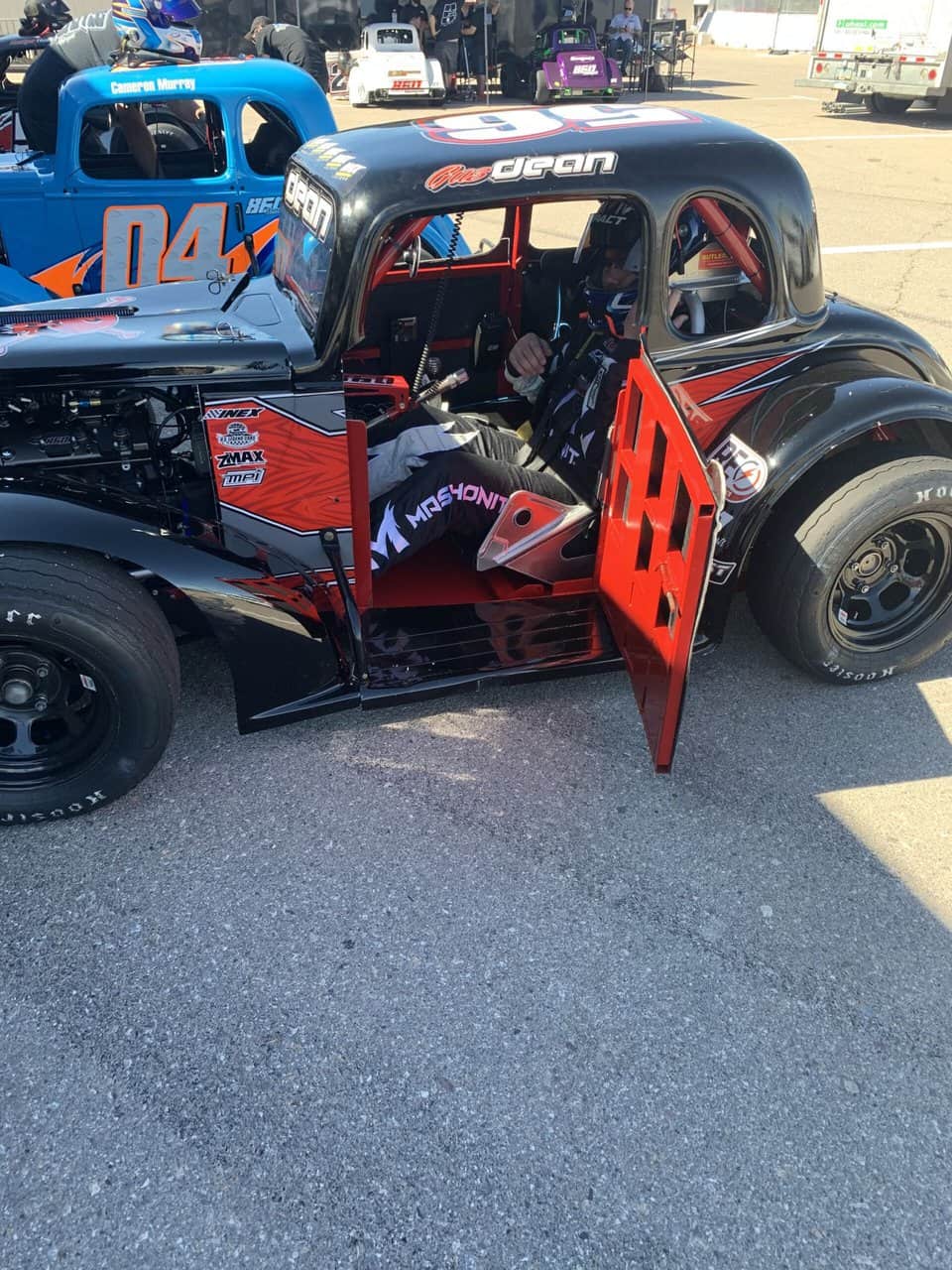 LAS VEGAS, Nev.: Bluffton, S.C. native Gus Dean has had one of his most diverse racing seasons on record during a very unorthodox 2020.

After competing in the season-opening races at Daytona (Fla.) International Speedway in both the ARCA Menards Series and the NASCAR Gander RV & Outdoors Truck Series, the ongoing coronavirus pandemic shifted Dean’s schedule which included a mixture of ARCA, Trucks, Super Late Models and even his first experience in the One-ton V-Tread Mud Truck division.

But while the NASCAR and ARCA scene will be on location at Kansas Speedway on their home stretch to end the 2020 season, Dean will be in Las Vegas, Nev. set to compete in this year’s Legends Car Asphalt International Championship at The Bullring at Las Vegas (Nev.) Motor Speedway.

Set to drive his No. 56 MASHONIT Apparel Co. Legends Car prepared and maintained this weekend by 860 Motorsports, Dean is hoping to roll the dice and make some luck of his own in one of his favorite vehicles to drive.

“Don’t get me wrong, I’m incredibly blessed and thankful for my opportunities to compete in the ARCA Menards Series and the NASCAR Gander RV & Outdoors Truck Series, but I cannot wait to get on the track this week with the Legends Car at The Bullring,” said Dean.

“These 860 Motorsports guys really put a lot of effort not only into our car but this weekend of competition. This is a huge deal. It’s some of the best Legends racers in the country coming to
fight it out for trophies and prestige in one of the coolest cities on Earth. It’s going to be a blast.”

Dean admits that in-between his responsibilities off the track and a remarkably diverse racing schedule this year didn’t leave a lot of room on the table for him to turn laps in the Legends Car this year, but the South Carolinian isn’t worried.

With the experience and leadership of 860 Motorsports, the fan-favorite Dean is expected to climb in and compete with the best of the best from start to finish.

“I realize there’s a lot on the line this weekend,” added Dean. “I’m here to race. Race clean but hard. We’ve been fast a lot this year in a lot of different racing series, but unfortunately for one reason or another don’t have the results to show for it.

“And with the 2020 racing season slowly coming to a close, I can’t think of a better way of gaining some traction and off weekend momentum than with a strong and fun weekend in Las Vegas.”
MASHONIT Apparel Co., a brand for those that live life wide open will continue to support Dean’s efforts and make its Legends Car debut in Sin City.

“It’s been a great first-year relationship with MASHONIT Apparel Co.,” sounded Dean. “We are working harder and directly with them to expand their apparel division and I’m excited about some of the projects we have upcoming not only for the rest of this year but for 2021 too.”

Dean’s plans for next season aren’t official yet, but the two-time ARCA Menards Series winner says work is continuously being done for him to be at the race track more often next year.

“The COVID-19 pandemic really threw a wrench into our season but that happens,” he said. “We have an idea on what we want to do next season and I’ll be racing, so I’ll be looking forward to every opportunity I get no matter what I’m driving.”

Action begins for the Asphalt International Championship on Thurs., Oct. 15 and will continue through Sat., Oct. 17 with comprehensive updates available on Twitter @USLegendCars.

MASHONIT Apparel Co. (MASHONIT.com) is a brand for those that live life wide open.  The people that look at something normal and think, “That’s not good enough,” “It can go faster” or “Let’s see what this thing can do.”

That never-ending hunger for speed and adrenaline that allows you to find the thin line between being heroic and insane, giving them a perspective on life that few are lucky enough to find.