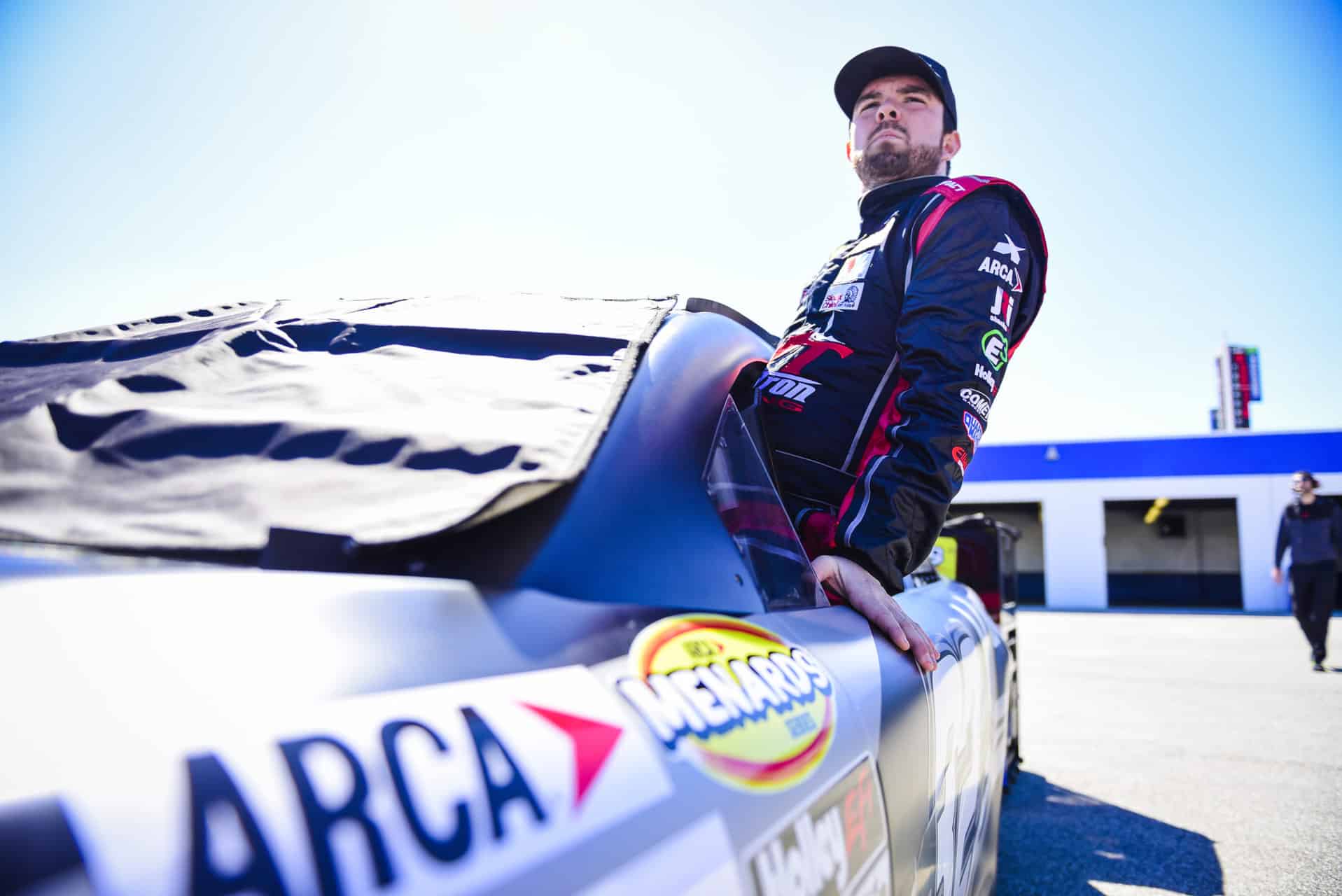 MEMPHIS, Tenn: When the ARCA Menards Series (AMS) added a race at Memphis (Tenn.) International Raceway to their 2020 schedule, two-time winner Gus Dean (@gusdean) knew he had to be a part of the series’ nearly 20-year return.

Dean will compete in Saturday afternoon’s Sioux Chief PowerPEX 200 and look for a positive finish to conclude his limited ARCA Menards Series schedule this season.

The Bluffton, S.C. native is a former winner at Memphis in 2014 competing in the X-1R Pro Cup Series (now CARS Tour).

And with this weekend’s race being the first show for the ARCA Menards Series at Memphis since 2001, the Win-Tron Racing team is hoping to be a serious contender in the 18th ARCA race of the season and help Dean achieve his third career victory.

“I’m stoked about going to Memphis, obviously,” added Dean. “It’s a fun race track and it brings a lot of memories from 2014 – where I beat some of the best of the best in Late Model competition.

“I know Jamie (Jones) is hungry to win there again and I hope we can go out there this weekend and have a good showing and hopefully bring home the checkered flag.”

Memphis though isn’t just about winning for Dean. He’s eyeing the 0.750-mile paved oval as a chance to close out his ARCA season on a high note.

Dean has been a top-10 contender all season. From his first start of the year at Daytona (Fla.) International Speedway to his most recent start last Thursday night in the Bush’s Bean 200, but bad luck has bitten the NASCAR driver and left the Statesville, N.C.-based team with less than desirable finishes.

“Whether it was an accident trigged by the pace car, an electrical issue at Talladega or a parts failure with about five laps left at Bristol, luck has not been on our side this season. That changes this weekend at Memphis!

“It’s the perfect place for our luck to change and the right spot to give us some momentum going into the offseason to get ready for 2021.”

But before Dean can shift his attention towards an ARCA and NASCAR schedule next season, he knows he’ll have to conquer Memphis first, a place he remembers quite well.

“You have to be easy on the throttle and make sure you are conserving the tires, those will be the two biggest factors at Memphis this weekend,” sounded Dean. “We have a short practice then qualifying and then the race.

“Obviously, the track will change throughout the race, but it is making sure we’re keeping up with those changes, especially following that final segment that I hope will make us a factor on Saturday night.”

Dean’s No. 32 Chevrolet will continue to be backed by MASHONIT Apparel Co.

MASHONIT Apparel Co. is a brand for those that live life wide open.  The people that look at something normal and think, “That’s not good enough,” “It can go faster” or “Let’s see what this thing can do.”

That never-ending hunger for speed and adrenaline that allows you to find the thin line between being heroic and insane, giving them a perspective on life that few are lucky enough to find.  – That’s MASHONIT.

The 26-year-old Dean will also return to the NASCAR Gander RV & Outdoors Truck Series this season with details being announced soon.

The Sioux Chief PowerPEX 200 (200 laps | 150 miles) is the 18th of 20 races on the 2020 ARCA Menards Series schedule. Practice begins Sat., Sept. 26, 2020 with a forty-five-minute practice session from 1:10 p.m. – 2:00 p.m. General Tire pole qualifying is slated for 3:00 p.m. The race is set to take the green flag shortly after 5:00 p.m., televised live on MAVTV and NBC Sports TrackPass Gold, while ARCARacing.com will stream live timing and scoring throughout the entire day’s festivities. All times are local (Central).