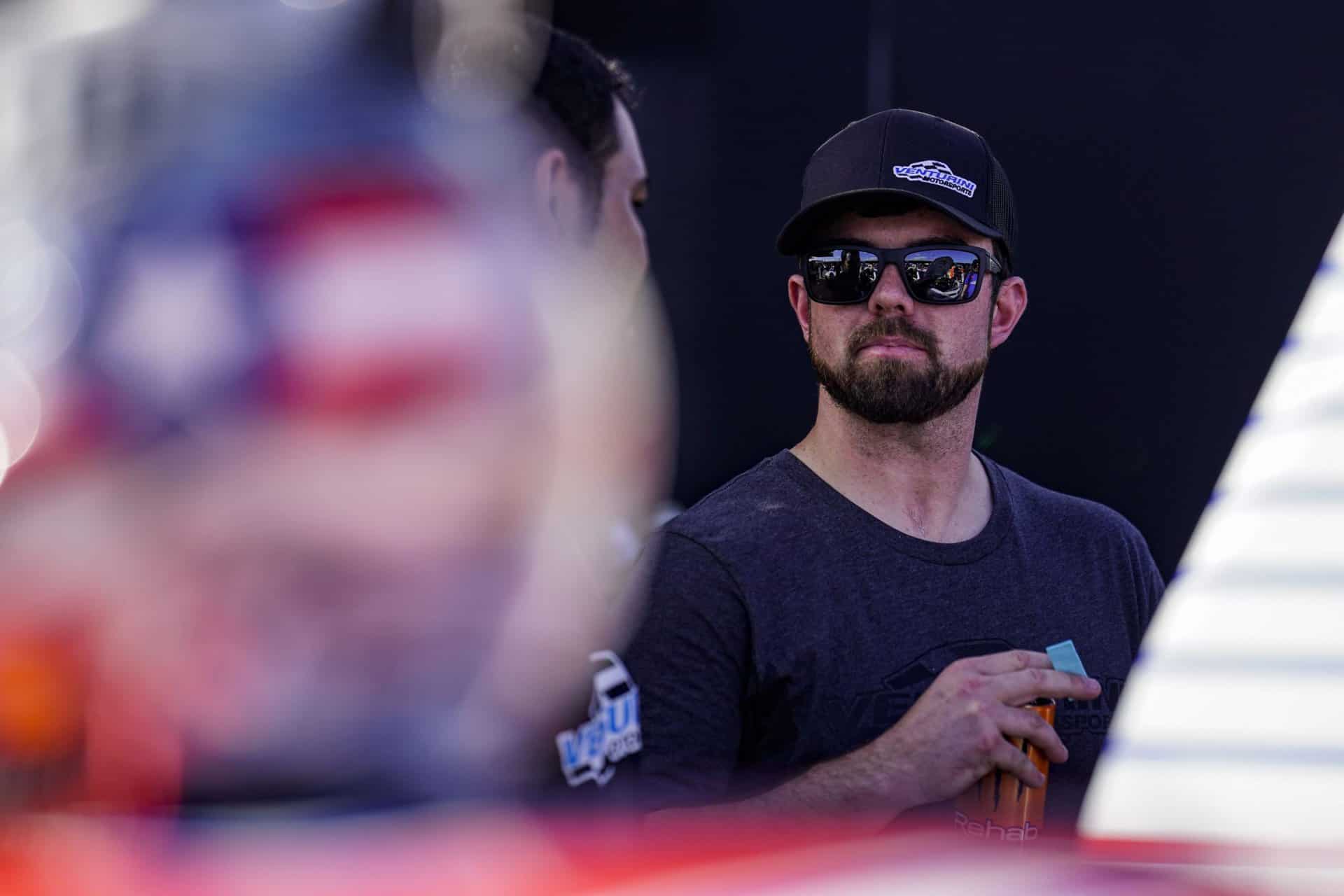 TALLADEGA, Ala.: Gus Dean is hunting in Saturday afternoon’s General Tire 200 at Talladega (Ala.) Superspeedway.

The Bluffton, S.C. native is trophy hunting that is as the Venturini Motorsports driver returns to the 2.66-mile superspeedway for the first time in ARCA competition in two years looking to rekindle the magic he showcased in 2016 when he scored his first career ARCA Menards Series victory in an upset victory in just his second series start.

A lot has transpired for Dean since that defining moment in his career nearly six years ago, but the feelings and the emotions of his Talladega triumph feel as if the win was yesterday.

“I’m super excited to get back to Talladega Superspeedway,” said Dean. “It’s one of my favorite race tracks on this earth. It’s very special to me and my family and I’d like nothing more than to do that again with Venturini Motorsports on Saturday.”

The third ARCA Menards Series race of the season will mark Dean’s second race with the potent Venturini Motorsports and with a top-five finish in their debut together two months ago at Daytona (Fla.) International Speedway, Dean is looking to build on that momentum in his sixth trip to the famed-Alabama facility.

“I can’t thank Venturini Motorsports enough for everything they are doing,” explained Dean. “As we mentioned before Daytona, we have been trying to work together for a couple of years and I’m glad that the stars finally aligned.

“Daytona was good. It was nice to finish my first ever race there. The Venturini Motorsports team brought me a race-winning No. 55 Dean Custom Air Toyota Camry, but we were run over by another car under the yellow and it caused some damage and we had to pit and rally from the back.

“We were able to fight back to inside the top-five on the last lap, but just ran out of laps. Hopefully, we can have a mistake-free day on Saturday and return to Victory Lane.”

Talladega has proven to be one of Dean’s best race tracks in ARCA competition. In five starts, he has one win, three top-10s and five top-16 finishes. With an average finish of 8.8, the Late Model standout is eager to approve that statistic in his second ARCA start of the season.

“I’ve always run well at Talladega and I hope that trend continues this weekend,” added Dean. “I had a really good car the last time I competed in 2020 but unfortunately had an electrical issue and it doomed our chances of a victory.

“We’re bringing the same No. 55 Dean Custom Air Toyota Camry that we raced at Daytona and I know what that car is capable of and I just look forward to a fun 76 laps of working with my teammates and getting my first win of the season.”

With just practice on deck and his starting position set by 2021 owner points, Dean knows he does not have the best starting position, but he also knows he’ll have a car capable of getting him to the front.

“Patience is going to be super important on Saturday, especially at the start of the race,” Dean explained. “There are some really good cars starting mid-pack or towards the rear of the field and its going to take some patience and just using our heads to negotiate the traffic and then setting yourself up after the modified pit stop.

“Our Venturini Motorsports cars ran well together at Daytona in February and I’d know we can do it again, so I’ll try to get to the front as quickly and safely as possible and hope that we can settle it amongst ourselves for the win. We will just see what happens.”

In addition to Talladega, Dean will return to ARCA competition with Venturini Motorsports at Michigan International Speedway in August.

The 27-year-old South Carolinian is poised to have a busy 2022 season between ARCA, Late Models, Mud Truck Racing and a hopeful sporadic appearance or two in one of NASCAR’s National Series.

“With no championship on the line for me this season, it’s about having fun,” sounded Dean.  “Whether that’s competing with Venturini Motorsports in ARCA, DLP Motorsports in Late Model competition, or the other racing endeavors we have planned for this season. Of course, the urge to still compete full-time is there, but it takes marketing partners and a lot of financial commitment to make it happen.

“Until we can hopefully put ourselves back into that position again, we’ll take the path that has been laid out before me and make the most of it.”

The General Tire 200 (76 laps | 200 miles) is the third of 20 races on the 2022 ARCA Menards Series schedule. Group practice begins on Fri. April 22 from 3:00 p.m. – 4:00 p.m. The series won’t host qualifying, setting the field by 2021 ARCA car owner standings. The 60th ARCA from Talladega is set to take the green flag on Saturday, April 23 shortly after 12:00 p.m. The event will be televised live on FOX Sports 1 (FS1) with the Motor Racing Network (MRN) handling the radio waves. ARCARacing.com will also stream live timing and scoring throughout the entire weekend festivities. All times are local (CT).