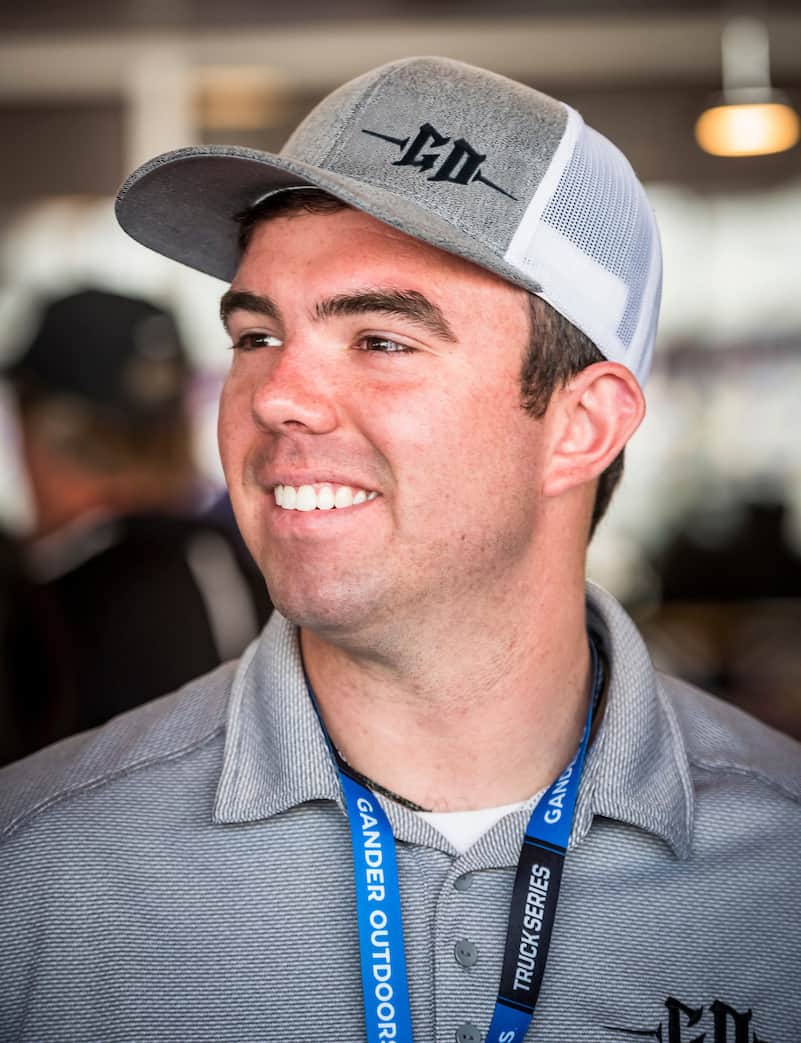 DAYTONA BEACH, Fla.: For the second consecutive season, race car driver Gus Dean (@gusdean) is going to be a busy man for Speedweeks 2020.

The versatile driver from Bluffton, S.C. will kick off his 2020 racing season with his fifth appearance at Daytona (Fla.) International Speedway in the ARCA Menards Series driving the No. 32 Chevrolet SS for Win-Tron Racing.

From ARCA, Dean will turn his attention to the World Series of Asphalt competition for a few days of competition at New Smyrna (Fla.) Speedway in his No. 56 Baker Distributing Chevrolet.

On Thursday, Dean will shift back to the 2.5-mile superspeedway of Daytona where he plans to make his second NASCAR Gander RV & Outdoors Truck Series start at the “World Center of Racing” aboard the No. 56 Chevrolet Silverado in a collaborative effort between Hill Motorsports and Win-Tron Racing.

“I’m extremely blessed to have another jam-packed couple of weeks in Florida,” said Dean. “I’m excited to get back in an ARCA car with my guys at Win-Tron Racing, have some fun Super Late Model Racing and having the opportunity to come back and get back in a truck on February 14.

“A lot of people continue to believe in me and I’m thankful for everyone’s support.”

Dean, 25, is also considered a factor in ARCA Menards Series competition, especially when it comes to superspeedway racing and this year, he expects no different.

“Kevin (Cywinski, team owner) and Jamie (Jones, crew chief) have built me a really fast Chevrolet for the ARCA Menards Series race. I keep thinking we can’t go back to the track and have a better superspeedway piece than we did the last time, but this car that we had at the test is really good.

“It drafted very well, and we had a lot of speed. I’ve always run near the front at Daytona but always get caught up in something. This year, I want to see that checkered flag and hopefully I can bring Win-Tron Racing back to Victory Lane at a superspeedway.”

While Super Late Model racing has always been a passion of Dean and his family, the opportunity to compete a few nights at New Smyrna is geared to keep the popular driver not only busy but in race mode.

“We have some really good things going on with our Super Late Model program this year and I think everyone will see as the year goes on – the changes we’ve made and continue to make to bring that program more competitive than ever.”

On Valentine’s Day, Dean hopes to win the heart of many and carry his superspeedway success back to NASCAR and have the opportunity to contend for his first Truck Series win driving for his longtime friend Timmy Hill.

“Timmy and I have been friends a long time,” sounded Dean. “Between Timmy, his brother Tyler – we’ve been racing against each other for years – going back to Legacy cars and such. It’s fun to put all the pieces together and get this chance to go to Daytona and leaving nothing on the table.”

Following the NextEra Energy Resources 250 at Daytona on Friday night, Dean will return to New Smyrna on Saturday night, Feb. 15 for the Super Late Model 100-lap feature to wrap up his 2020 Speedweeks.

Although Dean doesn’t have any fulltime plans lined up, it doesn’t mean that he plans to be idle on the sidelines.

“We’re not going for a championship this year, but we’re going to do a lot of racing in a lot of different series,” admitted Dean. “I have a lot of support and the races we do compete at – we’re focused on racing near the front and making a statement.

“I’m excited for the year and just thankful I get to still drive race cars for a living.”

Sponsorship for Dean’s ARCA and NASCAR efforts will be announced later this week.